However, although ESOS is so often reported in terms of compliance, the real benefits of the next phase will be the financial savings from energy reduction and it’s time to evaluate how the longer term impact is shaping up. 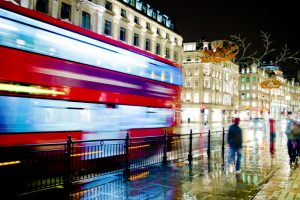 ISOS Mori and the University College London have been commissioned by the Department of Energy and climate change (DECC) to carry out an evaluation. They were tasked with identifying how large organisations had dealt with ESOS and how ESOS had influenced their energy efficiency practices and policies. The results made interesting reading.

The initial ESOS impact assessment estimated a potential benefit from large organisations with a turnover of £50m or employment or over 250 staff energy savings of around £2.2bn and projected improvements in air quality valued at £320m.

Although the cost of compliance was in line with DECC’s initial impact assessment, many organisations paid more because they delayed their compliance until close to the deadline. This reduced the choices of available assessors.  Ahead of phase two, organisations can start early with energy audits to achieve lower costs.

The evaluation found that 70% were satisfied with the advice they had been given and trusted the recommendations supplied. However, it did identify that cultural barriers existed at board room level that were difficult to overcome.

79% of organisations reported some form of energy efficiency improvement in the 18 months prior to mid-2016, and 33% of those reported that ESOS had been an influence.

Most organisations (83%) commissioned an external audit by an ESOS Lead assessor (only 3% used an internal lead auditor). Although ISO50001 certificated organisations only accounted for 5.7%, these were the organisations that  that were more likely to agree that ESOS had led to interest in Energy Efficiency at both board level and in the organisation as a whole.