What is the Montreal protocol? 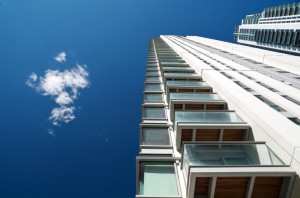 The Montreal Protocol on substances that deplete the ozone layer, is an international treaty that entered into force on January 1st 1989. It is designed to protect and help restore the Earth’s ozone layer by phasing out the production of numerous substances that are hazardous and responsible for the ozone layers depletion. Phase out management plans are put in place for ozone depleting substances which contain the chemicals chlorine and bromine. The most common substances containing chlorine/bromine include CFC’s HCFC’s and Halons. In 2009, the Montreal protocol (along with the Vienna convention) became the first treaty in the history of the United Nations to achieve universal ratification.

Why was the protocol introduced?

In the early 1980’s, accounts of ozone depletion in the press and scientific literature reported reduced projections of loss. However, in 1985 an unexplained Antarctic ozone hole was reported in the scientific literature. It is now understood that approximately half of the total ozone column is depleted each September forming the Antarctic ozone hole. This ozone depletion results in an increase in surface UV radiation exposure which brings about a number of serious consequences:

So far, no direct evidence of health damage is available in most latitudes. However, as the ozone hole over Antarctica has in some cases grown so large as to reach southern parts of Australia, New Zealand, Chile, Argentina and South Africa, environmentalists have been concerned that the increase in surface UV could be significant.

Has the protocol been successful?

The protocol includes a unique adjustment/amendment provision. This enables the parties to the protocol to respond quickly to new scientific information and agree to accelerate the reductions required on chemicals already included in the protocol or to control new chemicals. As a result of this, the protocol has been adjusted six times and amended four since its initial adoption, all of which have contributed to its great success. Measurable effects have been observed on the ozone layer about 20 years after it became legally binding. In the most recent scientific assessment of ozone depletion (2010) a number of positive conclusions were recognised, including:

By 2005, its parties cut the production and consumption of all ozone depleting substances by 95%, leading to the protocol being dubbed “the world’s most successful environmental agreement”

View all Regulation and Legislation posts