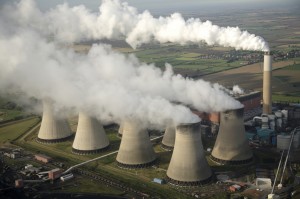 The Kyoto Protocol is an international agreement linked to the United Nations Framework Convention on Climate Change (UNFCCC), which sets binding obligations for industrialised nations to reduce their levels of Green House Gas emissions. The Protocol was adopted in Japan on 11th December 1997 and entered force on 16th February 2005. As part of the protocol, many developed countries have agreed to legally binding reductions in their GHG emissions over two commitment periods. The first period applies to emissions between 2008-2012 and the second commitment period to emissions between 2013 and 2020. The protocol was amended in 2012 to accommodate the second commitment period, but this amendment has (significantly) not entered into legal force.

Parties to the Protocol

There are 37 countries with binding targets in the second commitment period including the EU (its 28 member states) and Australia.  Japan, New Zealand and Russia have participated in Kyoto’s first round but have not taken on new targets in the second commitment period. Other developed countries without second round targets are Canada (who withdrew in 2012) and the USA (who never ratified the protocol).

Problems with the Protocol

Perhaps the most significant setback of the Protocol is that developing countries (i.e. India, China and Brazil) do not have any binding targets. Under the Protocol, emissions of developing countries are allowed to grow in accordance with their development needs with the only commitment to controlling their GHG emissions being a voluntary pledge. Countries with second round Kyoto targets made up only 13.4% of annual global anthropogenic GHG emissions in 2010 with this figure likely to have decreased even further by 2014 due to the rapid growth/industrialisation of the developing world. On the global scale, existing policies appear to be too weak to prevent global warming from exceeding 2 or 1.5 degrees Celsius, relative to the pre-industrial level.

International Emissions Trading: Countries that have emission units to spare are allowed to sell this excess capacity to countries that are over their targets.

Clean Development Mechanism: Countries with emission reduction targets are allowed to implement an emission reduction project in developing countries. This can earn the country credits which can be counted towards meeting their Kyoto targets.

Directive on the Energy Performance of Buildings (EPBD)

The EPBD was inspired by the Kyoto Protocol and came into force on the 4th January 2006. It requires EU member states to comply with Article 7 (Energy Performance Certificates), Article 8 (Inspection of Boilers) and Article 9 (Inspection of air conditioning systems) within 3 years of the inception date. The 3 main requirements in England & Wales were: