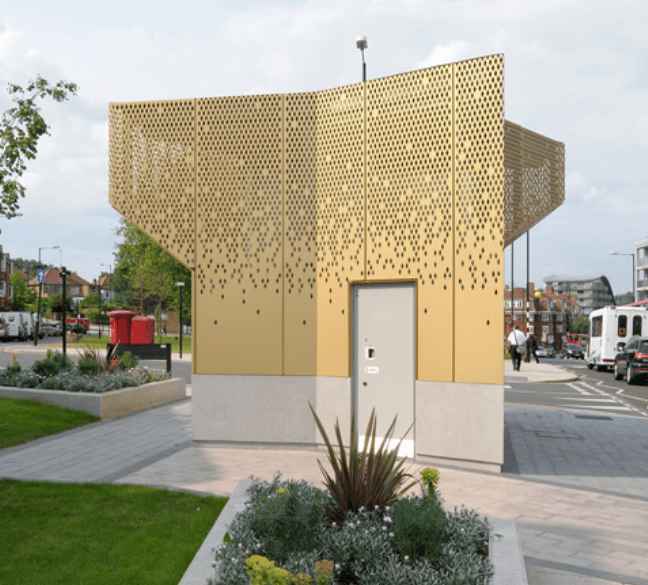 By Ben Warden. Survey and Test have been pleased to provide the Part L energy calculations for a public WC in Wembley which has been listed as one of the top ten in the World. The loo, designed by Gort Scott for Brent Council, was the winning design in an invited sustainability competition.

The small, freestanding pavilion sits in a pedestrianised area outside Wembley Stadium, on Empire Way. Although a small building, the project acts as a showpiece for green technologies including rain water collection for flushing, natural ventilation, and PVs that power the lights, hand dryers and insulated D.W.C. The building has been carefully designed to reduce energy demand by including features such as LED ribbons to light the building and waterless urinals.

The building has a compact plan, based on a simple geometry derived from a square, which suggests movement and rotation. The twisted form expands as it rises to contain a large, inverted rainwater-collection tank, forming a large roof area for photovoltaic panels while retaining a minimal footprint.

The base of the building is constructed from in-situ tinted concrete, forming a robust plinth to withstand the knocks and scrapes of heavy use. Above head-height the structure becomes a filigree, shiny metal screen, allowing for plentiful light and ventilation without letting views in. The perforated water-cut screen further creates the effect of a glowing lantern during the evening.

REQUEST A QUOTE
GET IN TOUCH 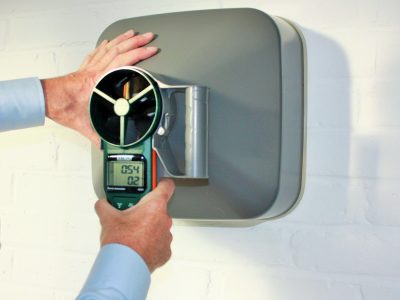 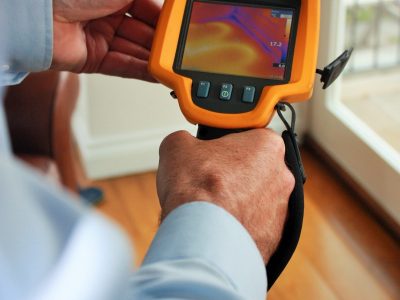 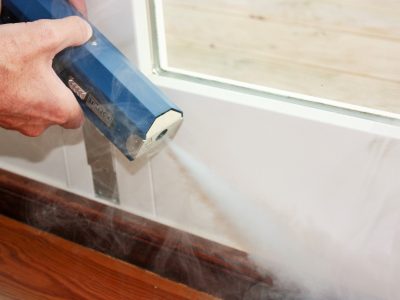 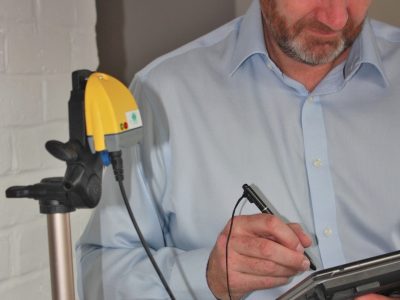